Broadstairs were excited to land a whole netful of new members for the new season, and we took three of them to Folkestone for the first of our Millar Cup matches. Fielding the strongest team we’d ever raised in my time as captain, we were still outgraded by Folkestone on every board. Despite this overall (slight) mismatch, each individual game was closely fought with the match result in doubt until near the end of play. The highlight of the evening was undoubtedly the board two clash where Trefor sacrificed his queen for two, three or four minor pieces (the situation was different every time I looked). Provided that Trefor hasn’t lost his scoresheet I expect to see his effort featured as Game of the Week on this website in the very near future. Look out for it! Most of the other games saw tricky tactics too, apart from the game on board four where the queens and all four rooks were hoovered off early. Still, endings can be fun too with the right attitude and Arnaud persevered and his patience was rewarded. Regrettably, most of the other games didn’t end so well for Broadstairs, but at least we gave it a real go this year. Many thanks to everyone who played and especially to those who drove such a long way. Congratulations to Folkestone on their victory. As usual, they made us feel very welcome and even provided tea, coffee and biscuits.

Game of the Week 1

The club championship at Broadstairs for the Goodall Cup is well under way and our first contender for Game of the Week features two newish members, Trefor Owens and Richard Clement, who both joined the club last year. Perhaps describing this as Game of the Week is slightly misleading as Trefor didn’t know how he lost and Richard didn’t know how he won.  You may wonder, therefore, why it was selected. Well, a player beating an opponent almost forty points stronger is always worth sharing with a wider audience in my opinion.  Fortunately, both players have added their comments so you can make up your own mind. A curious postscript to this game is that it was the first in the Goodall Cup for either player. Both will remember it for different reasons.

While we mere mortals concern ourselves with how to win games in our club championship, in Turkey the World Junior Chess Championships have just concluded with victory in the boys section for the 18-year old Iranian GM, Parham Maghsoodloo. What do you mean, you’ve never heard of him? You soon will because his ELO grade is now after this tournament 2691. To put it into context, only two players in England – Michael Adams and Matthew Sadler – have higher rankings and then only just. Furthermore, he won with a round to spare, lost his last game and still finished a point ahead of the field. Here is his round 10 victory over the Russian IM Maksim Vavulin and if you would like to hear Parham talking about the game and his chess in general, click here.

The girls competition was much closer with only half a point separating the top seven players in the end. Victory went to Aleksandra Maltsevskaya of Russia who won her final match while the board one game ended in stalemate, giving the untitled Maltsevskaya, who began the tournament as the 19th seed, the title on a tie break. Here is that final round match against her fellow Russian, WFM Margarita Potapova. 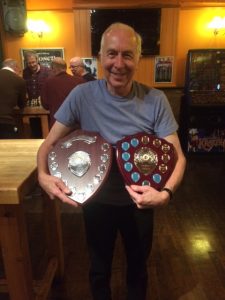 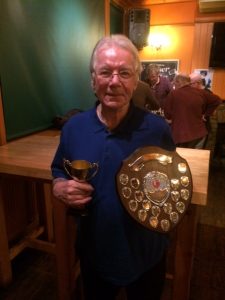 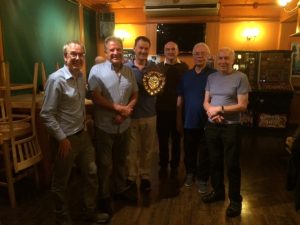