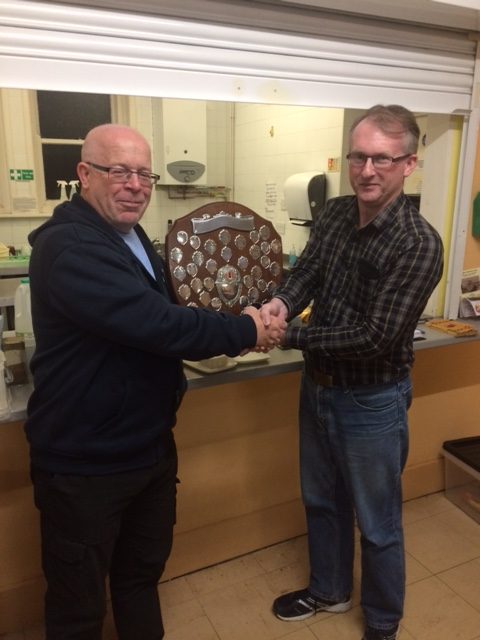 Congratulations to the Broadstairs A team who won the Team Buzzer tournament for the third year in a row. Sadly, as has become routine in recent league events, only three teams competed and two of those were from Broadstairs so we should be grateful to Margate for at least making it a competition.  Had they been at full strength it would have been closer than it was but the absence of one or two of their stronger players together with (or perhaps because of) the fact that buzzer events – you have to move every ten seconds on the buzzer – are not everyone’s cup of tea meant that the real competition was for second place.  Here Paul Johnson justified his selection on Board 1 for the B team by drawing with Trefor Owens – the only individual game that the A team did not win – and twice beating Peter McGill, the Margate number one.

It is to Broadstairs’ great credit that not only could the club count on eight players to take part but that two others offered to stand by if needed as reserves. Indeed one of those, Paul Carfrae, stepped in at the last minute. This is the club’s fourth trophy this season after the Team Quickplay, the Mick Croft Cup and the Hargreaves Shield. With second place in the Millar Cup and the possibility of second in the Walker Shield which concludes on Monday, it has been an excellent season. Many thanks to all those who took part and to Margate for their hospitality.

Full details of individual results can be found on the ECF LMS site.