Hibernation is defined as a period when mammals spend the winter moving very little and sleeping a lot in order to save energy. Substitute ‘estivation’ for ‘hibernation’ and ‘chess players’ for ‘mammals’ and you get the general picture for most chess clubs after Easter. Not so here at Broadstairs where we have another two and a half months to go which involves several remaining matches in the club championship, three more rounds of the Summer Swiss, the semi-finals and finals of the knockout competition and the Broadstairs Blitz on July 2. If that is not enough, there is also the 49th Thanet Chess Congress to look forward to in August to which everyone is invited.  Details and online booking can be found at http://www.thanetchesscongress.co.uk. Entry is free for GMs and IMs, and only £5 for U16s.

No such rest for the world’s top players who have descended upon Stavanger for the Altibox Norway Chess tournament, an all-play-all competition featuring ten of the top players in the world. Rather than list those attending, it is easier to name those of the leading thirteen who are not (Kramnik, Giri, Grischuk). To give you an idea of the standard of the tournament, Vishy Anand is the weakest player with a pathetic FIDE rating of 2760. Round 1 featured an intriguing rehearsal for November’s World Championship match between Magnus Carlsen and Fabiano Caruana, and it was the only game with a positive result. 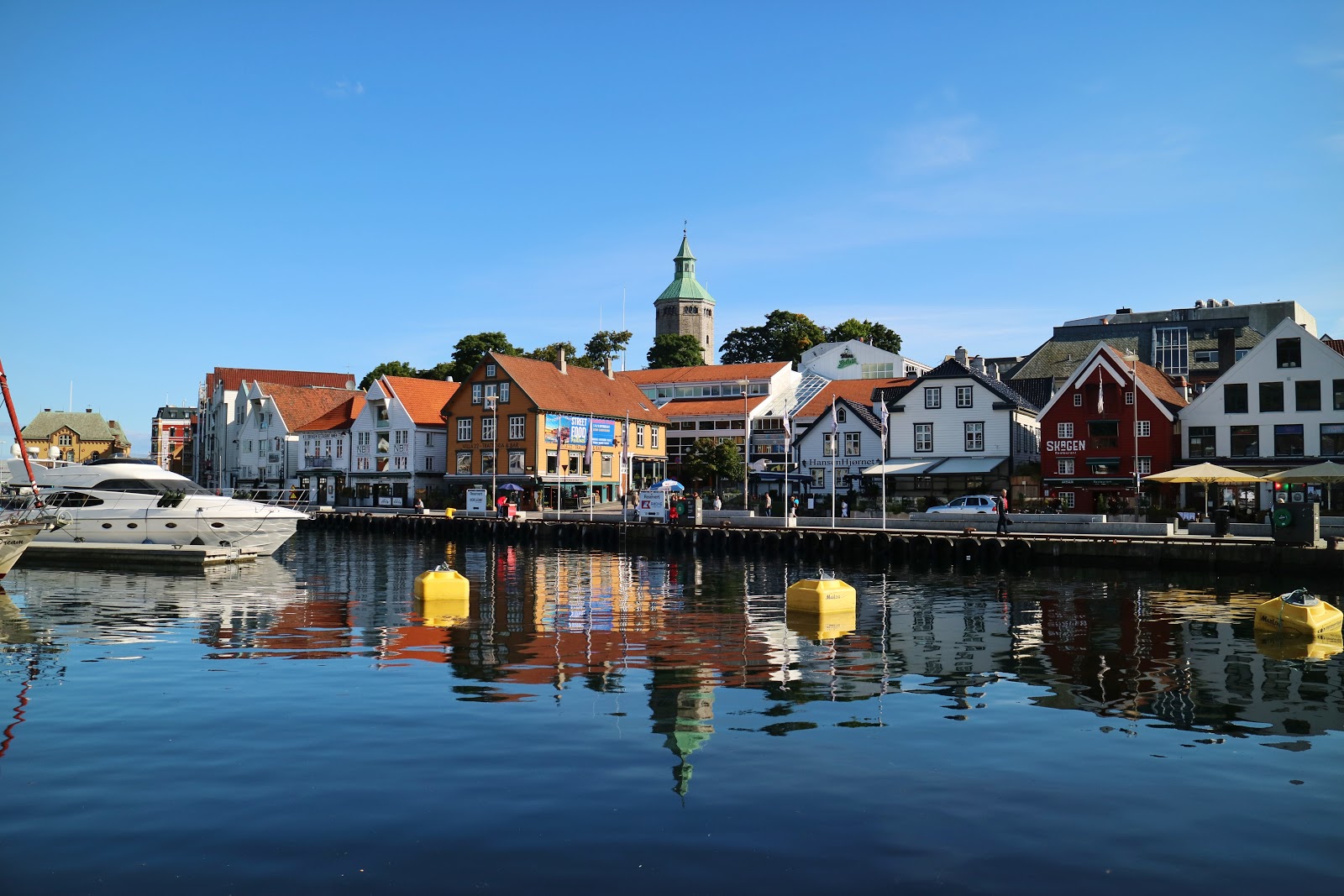 s described as the oil capital of Norway and is an attractive city well worth a visit. If your idea of a fun evening is watching Scandi noir serials on tv, you might be forgiven for thinking that Norwegians lack a sense of humour but don’t you believe it. On a visit there last year, your correspondent came across a Mexican restaurant outside which there was a sign displaying the following recommendation in perfect English: “Mexican food so authentic that Donald Trump would build a wall around it.” If a visit to the oil museum is not your cup of tea, try tracking down the dozen or so Antony Gormley statues liberally scattered around the city in the most unlikely places including one inside a shop. Meanwhile, as none of the ten stars currently appearing at the Altibox tournament has yet replied to my request for them to opt in to my updated post-GDPR privacy notice enabling me to display their photographs, here is a picture of Stavanger instead.