I had a tricky decision to make this week, again.

There were some tremendous games played in the Opera Euro Rapid event, not least in the final where Magnus Carlsen missed chance after chance against Wesley So. A shame for Magnus of course but good to know that even a World Champion still makes mistakes.

Anyway I have decided to show a game from the Thanet All Play All.

Two games stood out this week, firstly we had pm5 v Ferrarifan. A very exciting game where both players certainly had chances to win. Here is the position with White to move, there is a forced mate in 3. The mate was missed and incredibly this game ended in a draw just a few moves short of 100 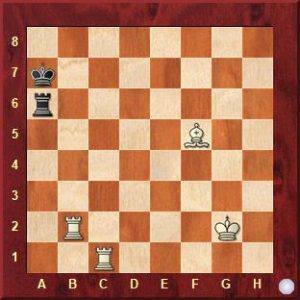 Our Game of The Week is also exciting, once again both players had a nice advantage at different times in the game and the result could have gone any of three ways.

The main reason I have picked this game is the excellent endgame play and an unusual situation of King and Queen v King and 3 connected pawns. I have only included a few notes as the actions of both players tell the tale and the swings of the game far better than a few words

Thanet All Play All

So, the Opera Euro Rapid champion is Wesley So who defeated Magnus Carlsen in the final of the event. In truth Magnus had enough chances to do much better, having winning positions in the final 2 games, but only taking a half point from the two on offer.

BIG Congratulations to Wesley So, who played superbly throughout the event, and once again beat Carlsen on a special day. Last time it was on Carlsen’s birthday and this victory came on Valentine’s Day. Magnus must be pleased that Wesley did not qualify for the Candidates, and thus can not be his opponent in the next World Championship match!

Talking about the Candidates, the major talking point was the ‘withdrawal’ of Teimour Radjabov because of his concerns over Covid. For which he has been proven to be right. FIDE removed him and immediately gave the vacant spot to Maxime Vachier-Lagrave.

MVL is currently co-leader of the Candidates so there was some irony that the play-off for 3rd spot at the Opera was played between Teimour and Maxime.

As it happened Teimour won the match very easily and has certainly made a statement regarding the fact that he should be playing in the Candidates!

This position is from last week’s Opera Euro Rapid event

The featured game is between Carlsen (White) v Vachier-Lagrave (Black)

Carlsen has his opponent trapped in the corner, he played Bd4+ and eventually won,

Can you find the best move missed by the World Champion? 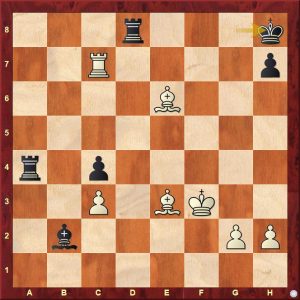 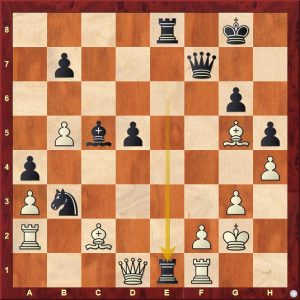 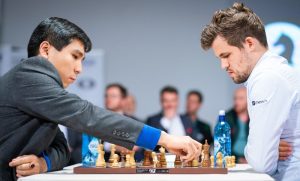 After an exciting week of chess we have reached the Final of the Opera Euro Rapid competition. World Champion Magnus Carlsen defeated MVL in a very thrilling and topsy turvy semi-final. Magnus showed both extremes of live rapid chess by playing brilliantly one game and dropping pieces in the next.

In the position below it is Magnus (White) to move, most of us would play Re1 or Rf3 protecting the Bishop on e3. Magnus actually played Qd3?? and resigned on the spot. At least we can be assured that no engines are being used in this competition! 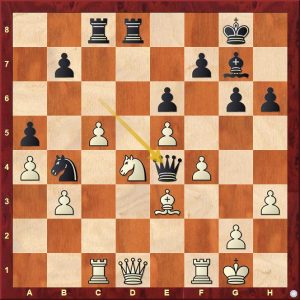 His opponent in the Final is Wesley So, who played excellent chess to beat Teimour Radjabov. Wesley’s play is well suited to rapid chess as he can switch between ultra solid and very aggressive, a perfect combination when playing Carlsen.

Interestingly in the very first game of the Opera Tournament a week ago, Wesley So defeated Magnus Carlsen. Will history repeat itself in the final?