Yet again, there have been many exciting games played this week, from Super GMs in the Opera Euro Rapid to us, the mere wood pushers playing in the Thanet All Play All. 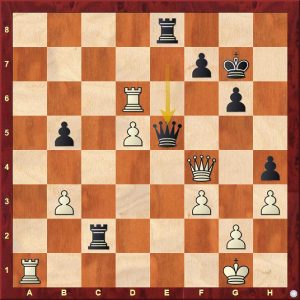 I think that Black is slightly better, mainly because the White King is badly placed and the pawn on g2 is weak. After the obvious Queen trade there would be chances to save the game. However Andy went ALL IN in with Rxg6+ and duly lost as he doesn’t get enough compensation for a whole Rook. Still another strong game from Andy against a higher rated opponent. He is certainly the most genuinely improved player in the online event, boding well for the next over the board season.

However my choice of game of the week comes from the University of Salamanca Masters event played in Spain. Amongst the eight participants were two of the greatest attacking players of all time; Alexei Shirov and Veselin Topalov

The tournament was won, convincingly by Shirov but my favourite game was played by Topalov against the young French WGM Almira Skripchenko. The game is fascinating and very educational for club players – watch how Topalov takes control of the entire board before igniting the tactics.

If, like me, you are a fan of his style of play I can thoroughly recommend the following book. My Magic Years with Topalov by Romain Edouard an exciting and interesting read. 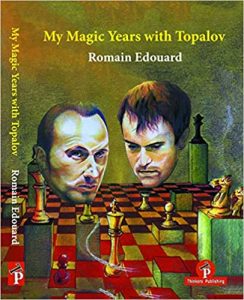 Naturally a great place to purchase chess books and equipment from is Chess & Bridge, their store can be found by simply clicking on the logo to the right.

Here is the game for your enjoyment, the notes, and therefore any mistakes, are all mine and not the fault of either player