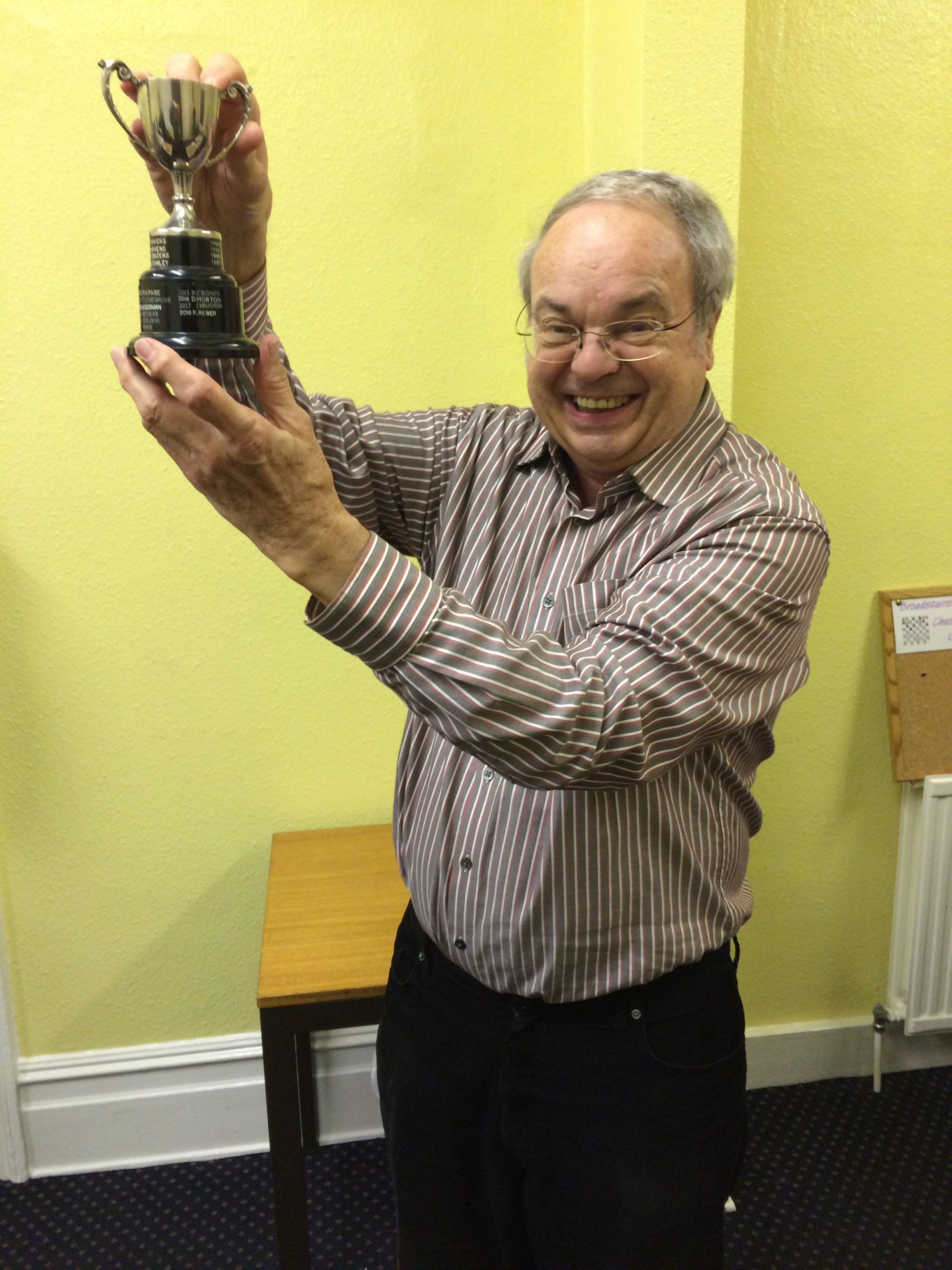 Here is a delighted Fredy Reber holding aloft the George Stiggers Trophy with which he has belatedly been  presented. The trophy is awarded for the most improved player during the previous season based on the change in grades from July to July. Normally it goes to a player whose grade has gone up by about 5-10 points and at the AGM when the trophy is usually presented, this appeared to be the case with two players in the running whose grades had increased by nine points.  Fortunately, the trophy was not awarded at the time because of an error with the ECF grading list for July which affected several players in the club. As this might result in changes to existing grades, it was decided to wait until the ECF managed to sort it out before awarding the trophy.

It was only after the AGM that it was noticed that inexplicably Fredy had somehow been overlooked and not only was his grade improvement higher than nine points but it was a massive 30 points, making him almost certainly the most improved player since the trophy was first awarded. Having established the error, we then had to wait several more weeks until the engraver could return from holiday to complete the job. Finally, over two months later than scheduled, Fredy got his hands on the trophy and no wonder he looks happy. He then made a moving speech saying how he never imagined he would receive such a trophy when he joined the club two years ago.

George Stiggers, after whom the trophy was named, was a stalwart of Broadstairs Chess Club for many years and served as both Secretary and Treasurer from 1950 until his death in 1993. He captained the Millar Cup team – then the only league competition – and ran the club virtually single-handed. The trophy was created in his memory and has been won by many members of the club over the years. Well done, Fredy!