Day 2 at the Euro Rapids

Today was another exciting day at The Opera Euro Rapid tournament

After 10 rounds Magnus Carlsen is leading, closely followed by most of the higher rated players. The 5 rounds to be played tomorrow will decide who qualifies for the knockout stages.

There is a group of players in danger of heading to the exit door, including Nakamura, Dubov, Duda and Grishuk so the remaining games will be full of fighting chess. 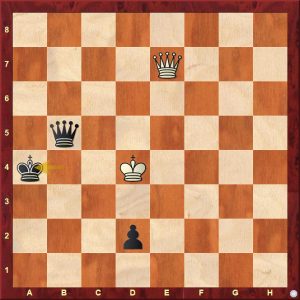 He did have a trick, which may have worked, especially in a Rapid game