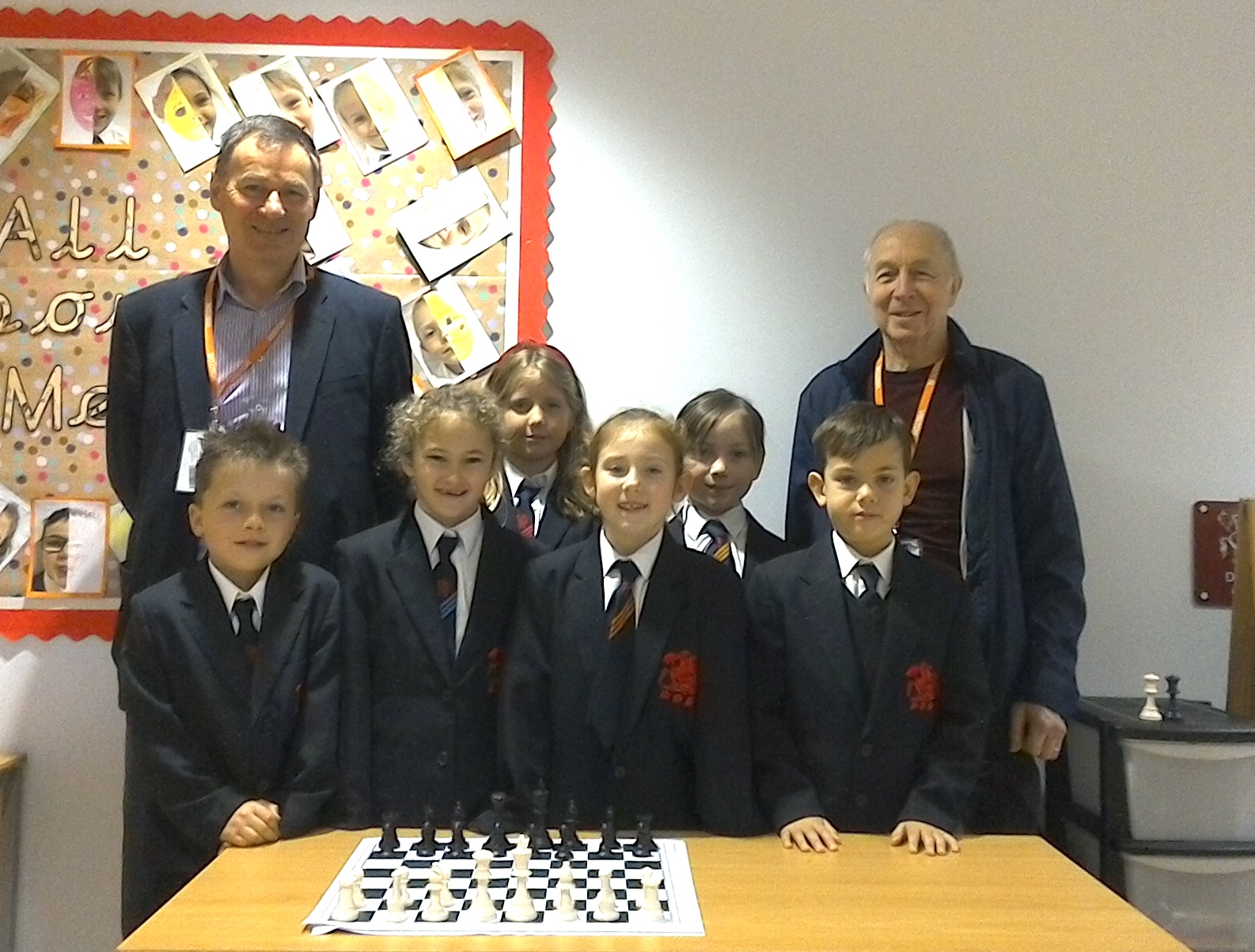 It was back to school for Reg and me this week – in Reg’s case, he really was going back although the new St George’s School in Broadstairs is a far cry from the one he attended a few (!) years ago.  As many people know, St George’s Secondary School has hosted the Thanet Congress for the past two years and following the opening of the new school building in 2010, a primary department was added in 2016. At our AGM in September a decision was made to strengthen our ties with St George’s and the local community while at the same time helping to promote the game we know and love. It was therefore decided to donate ten new chess sets to the school and the presentation took place on Tuesday. The primary department does not have a chess club at present but will use the new sets to start one up and the six Year 3 pupils you see here are going to be the ambassadors sent to spread the word. At the presentation we asked a few questions and then invited the children to ask us anything. “Why are there 64 squares?” asked one boy. “Ah…er…” Reg and I looked at each other. “Why are the pieces black and white?” asked one of the girls. “Another good question!” we replied unconvincingly. We knew what they were thinking – ‘Who are these imposters? They say they come from a chess club and have been playing all their lives but they can’t answer the most basic of questions!’ Time to beat a retreat, we thought.

We look forward to hearing about the new St George’s chess club which it is hoped will lead to matches against other schools in due course. Broadstairs Chess Club will follow the school’s progress keenly and we have offered any help and advice that is required. For any school wishing to start a chess club there is plenty of help available. In this county there is the Kent Schools Chess Association, and nationally there is the excellent Chess in Schools and Communities (CSC) set up by Malcolm Pein in 2009 which provides coaches to teach chess in 300 state schools across the country and offers help to 500 more. Finally, there is the UK Chess Challenge, the world’s largest children’s chess competition which last year involved 40,000 children from over 1,200 schools. Perhaps St George’s will make that 1,201 in 2020.