The Candidates Tournament is due to start later this week. This is the event where the 8 qualified players fight for victory and the chance to challenge Magnus Carlsen for the coveted World Title

This time round though there may be more at stake, as Carlsen has stated that unless Alireza Firouzja wins the Candidates he won’t defend the title. Whether he means it, we will find out in due course: but it does mean that uniquely coming 2nd in the Candidates may not be such a bad result. Assuming that FIDE arrange a World Championship match between the top two finishers if Carlsen is serious.

Here is a very quick summary of the 8 warriors, followed by my prediction of who might win.

The players are, in alphabetical order:

In my opinion a strong case could be made for 6 of the candidates, I won’t mention the two players whom I don’t think are up to winning!

My prediction for the top 2 places, and quite possibly, the competitors in the next World Championship are:

Rapport v Caruana – in this very sharp position what did Rapport play in this position? White to move 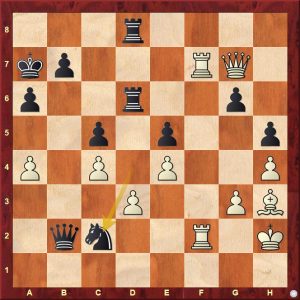