The following position was reached in a Goodall game yesterday.

White played e6 and eventually won after a tough battle, this morning my 12 year old student pointed out a better move. The calculation took him about 1 minute…which proves the old chess saying that ‘ If you see a good move, look for a better one ‘

See if you can find the move that I didn’t consider: actually there are at least 2 moves that are much better than e6! 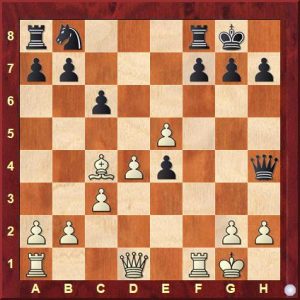