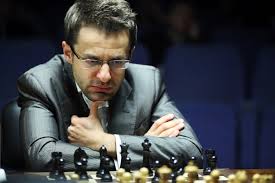 Most of the world’s best chess players are currently slogging it out at the Altibox Norway Chess Tournament in Stavanger. As is customary in these events, the opening rounds featured the usual shadow boxing as few risks were taken and draws dominated. In the first three rounds there were only two wins and thirteen draws. However, all this changed in Round 4 with three wins from the five matches. Without doubt, the one you will be reading about in the papers tomorrow and for some time to come, one suspects, is the remarkable victory by Lev Aronian over the World Champion, Magnus Carlsen. Peter Svidler, commentating for Chess 24, said that the game “…is hugely important because it features more or less everything that you would want from a chess game”. Aronian is from Armenia and for those of you unfamiliar with chess in that country and who would struggle to identify Armenia on a world map, you might be interested in the edition of ‘On Assignment’ shown last Wednesday (7th) on ITV which features a piece on how chess is both encouraged and financed in Armenia. My thanks to Michael Doyle for drawing my attention to this.