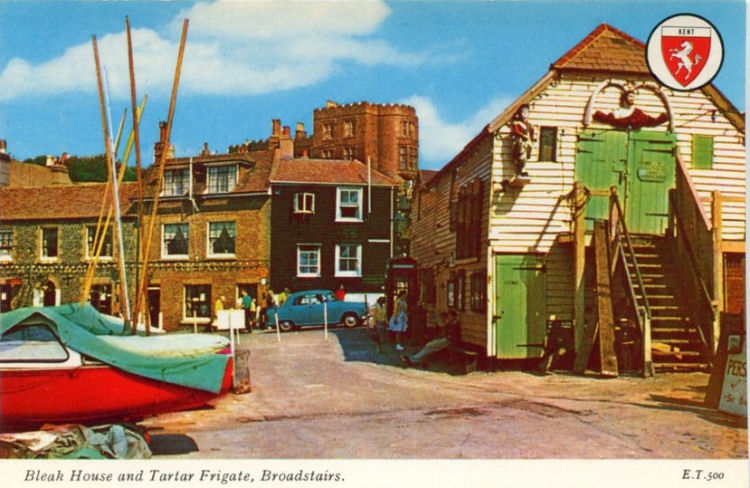 This postcard of Broadstairs harbour was probably produced sometime in the 1960s to judge by the Ford Poplar in the background and the clothes of the few discernible people. Other than that, little has changed between then and now: Bleak House still towers over the harbour, the boathouse – the most photographed building in Thanet – is still there (as is the telephone box) and the Tartar Frigate on the far left of the picture is still serving drinks and fine food as it has done for hundreds of years. Mirroring this tradition, little has changed in the habits of Broadstairs Chess Club when it come to choosing a venue for the annual Christmas Dinner. No-one can be certain without checking the archives when the dinner was first held but it was probably in the early 1990s. There were a couple of occasions when we were daring and tried other restaurants – the Royal at Ramsgate and the Fayreness in Kingsgate Bay spring to mind – but we always came back to the Tartar Frigate. This year was no exception and as usual most members met in the Charles Dickens pub overlooking Viking Bay before strolling down to the harbour for the meal. 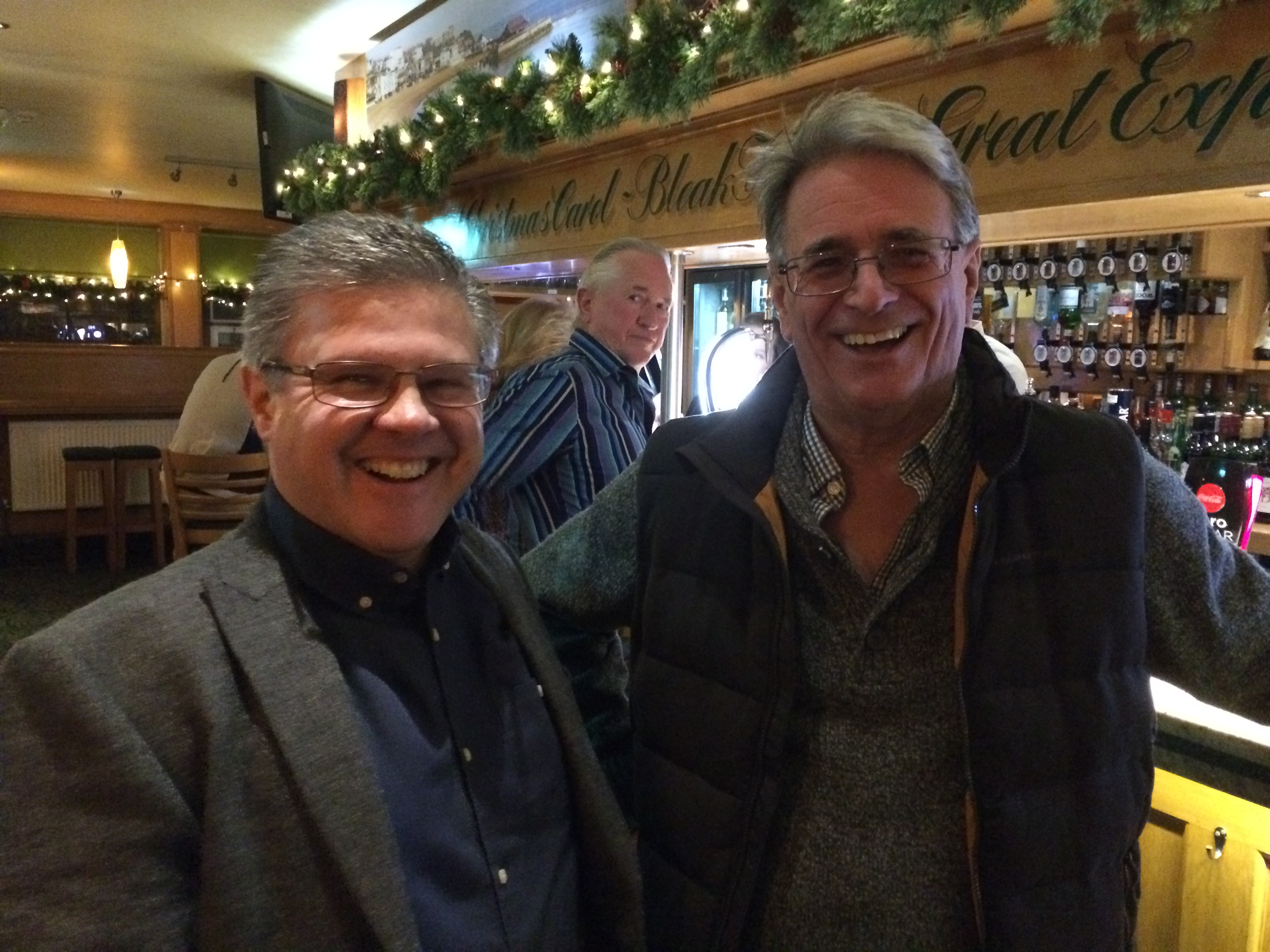 The Christmas Dinner is one of the club’s highlights of the year. Although many members adjourn to Cramptons at the end of a weekly club night, not everyone can so this is an occasion for everyone – or almost everyone – to get together over a drink and a meal and to chat about anything and everything although the latter might not be quite true as the word ‘Brexit’ was not heard once by this writer. The meal is subsidised by the club so it is a way to give something back to the members who have contributed to it throughout the year. This time it was also an opportunity to welcome several new members to the club. Richard Clement and Trefor Owens were unable to attend but for Shany Rezvany, Chris Stampe, Gary Hilleard, Paul Johnson and Arnaud Wisman, this was their first Broadstairs Christmas Dinner, resulting in a very healthy eighteeen members taking their seats which must be a record. The food was delicious as always and if you fancy paying a visit before Christmas, I recommend the wild mushrooms on a toasted ciabatta cooked in garlic cream as a starter. 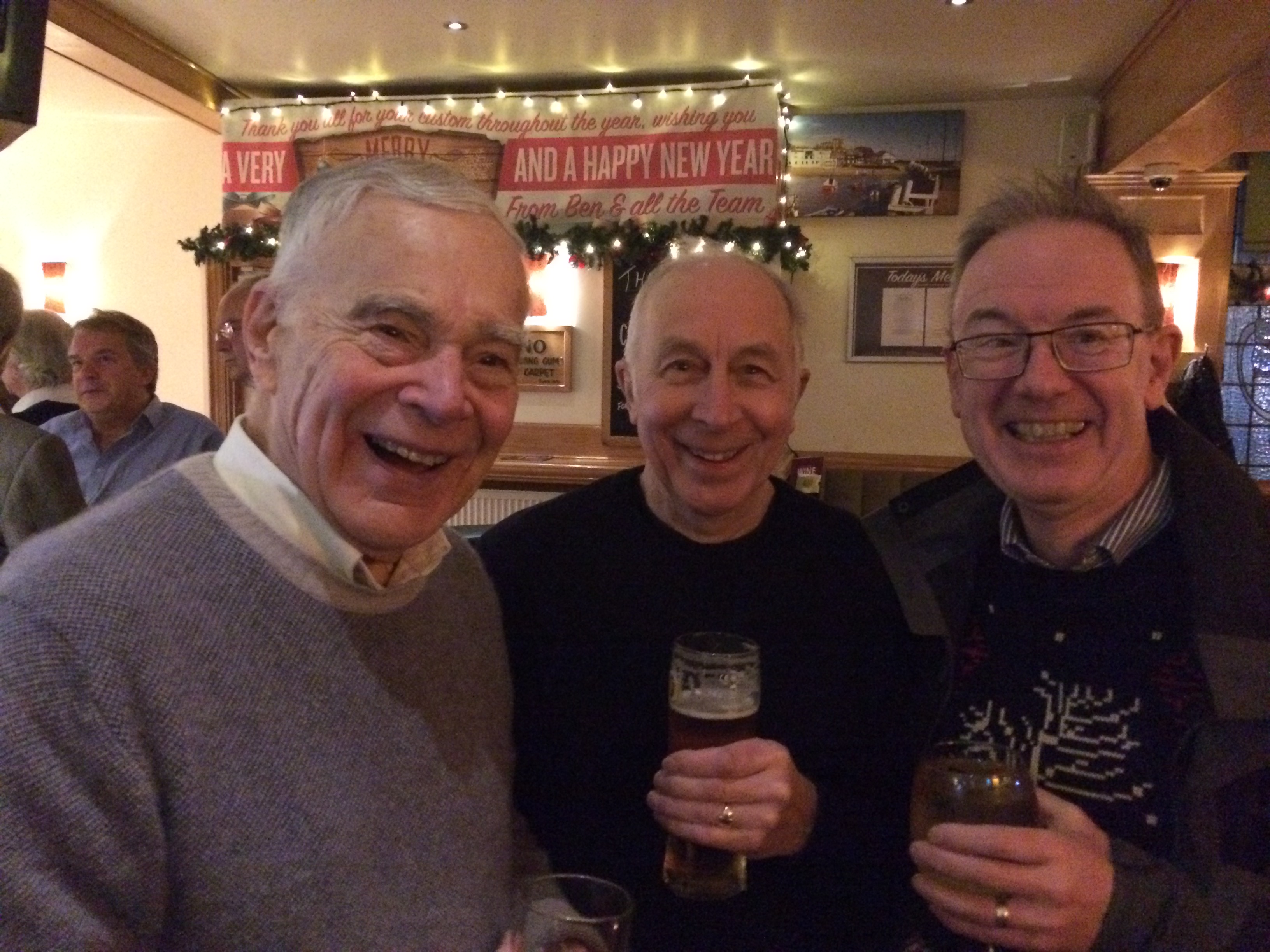 It would not be a Broadstairs dinner without a quiz, of course. In the early days this always seemed to be chess-based but in recent years all sorts of random topics have formed the basis of the questions and this year was no exception. Michael Jenkinson produced a quiz based on the English Channel and the lands either side. Sample questions to test friends and family over Christmas included some that would definitely qualify as general knowledge e.g. ‘Who was the first man to swim the English Channel?’ and ‘When did the news of Wellington’s victory at Waterloo reach Broadstairs?’ but others fell into the obscure bracket. ‘How long has the English Channel existed in its present form?’ (approximately 8,000 years, apparently) or ‘When did commercial hovercraft operations commence from Ramsgate?’ (1966). Then there was the occasional trick question: ‘When was the first flight by man across the Channel and who did it?’ Well, many people remembered Louis Blériot from their schooldays – not personally – and it was just a case of getting the year right. No, said the quizmaster, the first flight was by balloon in 1795 by Jean-Pierre Blanchard and John Jeffries! Not surprisingly, with the quizmaster seemingly reluctant to award any half-marks, out of approximately twenty available marks, the winning total was six. I don’t think Broadstairs Chess Club will be raising a team to take part in the next series of Only Connect but it was enjoyable and we thank Michael for taking the time to produce the quiz and provide a very generous prize of a bottle of whisky to the winner.

And so, as the evening drew to a close and those with longer journeys drifted homeward, a few hardy souls retired to the Dolphin for a final drink and to reflect on a great evening and to look forward to 2019 and the 50th Thanet Chess Congress for which preparations are already under way. For Broadstairs Chess Club there is now a short break for the festive period and we re-group on Monday January 7th with another chance for the Walker Shield team to make a mark on this year’s competition. Echoing Michael’s wishes in the last post, we wish you all a Merry Christmas and a Happy New Year.