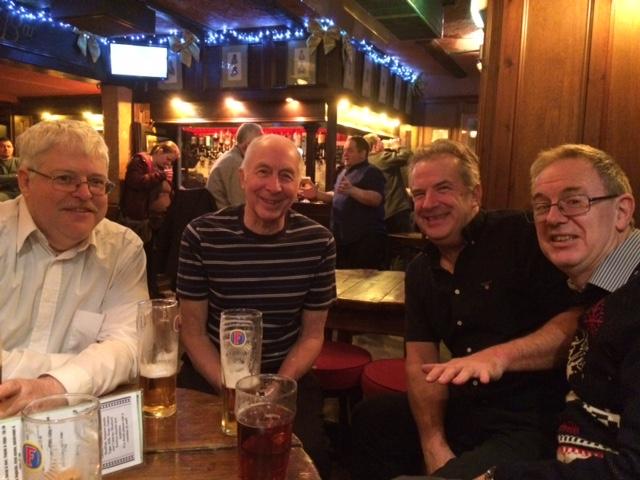 And so 2019 draws to an end with the traditional club Christmas Dinner. No-one seems to be certain when it was first decided to hold a dinner but it is generally thought to be around 1994. It can’t be any earlier because John Couzens and Paul Carfrae are the only ones to have attended every dinner – a feat in itself – and Paul joined the club in 1994.

Tradition features regularly when it comes to the dinner. It is almost always held at the Tartar Frigate although there were two occasions when we ventured elsewhere which was a question in yet another tradition, the Christmas quiz. The routine is also a time-honoured tradition: we meet in the Charles Dickens from 7.00 then wander down to the Frigate at about 7.45 to sit down at 8.00. Michael Jenkinson normally produces a fiendishly difficult quiz – this year was no exception – and he usually produces a bottle of wine for the winner which is very generous of him. Your correspondent supplied a chess-themed quiz based on Broadstairs Chess Club, its members and achievements in 2019. Unsurprisingly, some of the answers to the questions were players at the dinner, many failing to recognise their own achievements. Not content with two quizzes, Manoj Natarajan thought up further chess quiz during the dinner and produced another bottle of wine for the winner so many thanks to both him and Michael. 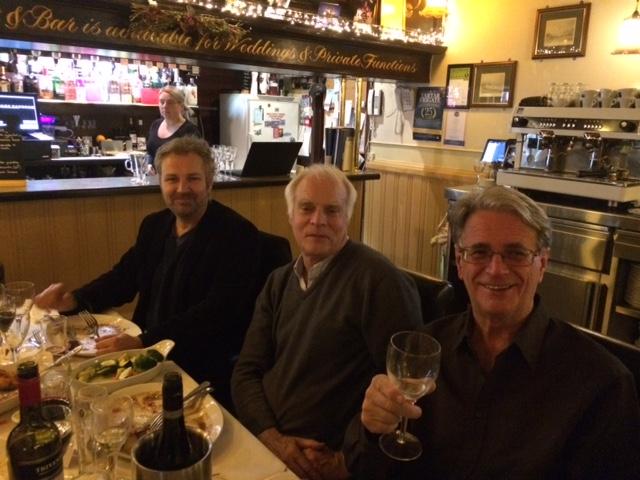 The dinner is also a time to reflect on the successes of the past year of which there have been many and a chance to remember friends no longer with us whose contributions and good company we don’t forget. Shany Rezvany was celebrating with us last year and he made his mark in his short time at the club which we hope to acknowledge formally with a new trophy in 2020. There was an opportunity during the evening to remember all absent friends in addition to Shany, some fairly recently departed (Peter Timlett and John Cutting) and also others from further back such as Alek Zielinski and George Stiggers.

The club’s success in recent years has meant that it has been able to subsidise the dinner which is a way of giving something back to those who have themselves contributed to the club’s fortunes. 2019 has been another good year for Broadstairs Chess Club and here’s to 2020. Merry Christmas and a Happy New Year to you all!