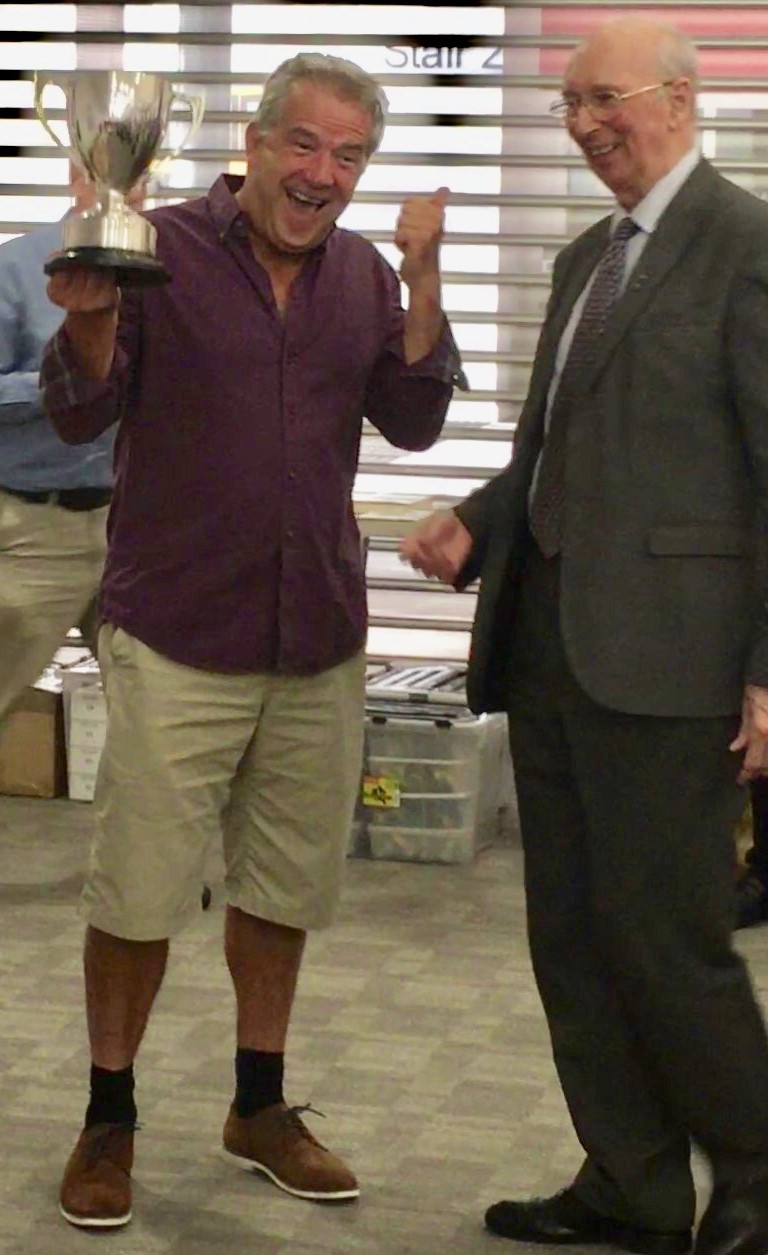 Minor sections in chess congresses are traditionally and unsurprisingly the largest and this was no exception. 28 players of all ages took part in the Thanet Minor (U111), the usual mixture of wily veterans who had seen it all before and ambitious young whippersnappers who hadn’t and didn’t care. John Couzens, the Gullbuster, may not yet qualify as a veteran – he is a few years off competing for the Oyster Shield for the best score by a Thanet player aged 60 or over in the Minor or Intermediate sections – although it might be stretching a point to describe him as a young whippersnapper. Experience is a great asset, however, and it was a surprise to see John in the Minor, his grade dropping below the threshold for the first time in ten years. This made him one of the favourites and after four straight wins he must have been confident of success.

Wait a minute…..who is this young upstart John’s been drawn against in the final round? Why, it’s young Charlie Ball from Hertfordshire Juniors who is also on 4/4. Charlie’s current grade is 101 but in January it was 88 and last July 64! Surely, this is just the sort of banana skin the Gullbuster was dreading. As John chatted with Charlie and his parents before the game, the younger player betrayed no sign of nerves but who knows what John was thinking. Within minutes of the start we soon found out – draw agreed! They share first place. Charlie, as a Hertfordshire player does not qualify as Kent Minor Champion so that title goes to John. But what about the ‘Johnny’, the special trophy that John had himself made for the winners of each of the sections? Had he won the game, it would have been his but what if he had drawn or – dread the thought – lost? Here John had a joker up his sleeve…..in addition to the five trophies for each of the winners, five more were made: one for Gordon Lloyd, the first controller, one spare and three for the sponsors. So John, as a major sponsor, already had one. A draw would almost certainly allow Charlie to win a trophy for himself and so it proved. Was John’s early draw offer a gesture typical of the legendary charm of the Gullbuster or merely a sign of nerves against a rising star? Romantics will want to believe the former but either way, as in the best fairy stories, they all lived happily ever after.

In the absence of a meaningful game in John’s final round, here is his Round 4 win with comments by Trefor Owens.